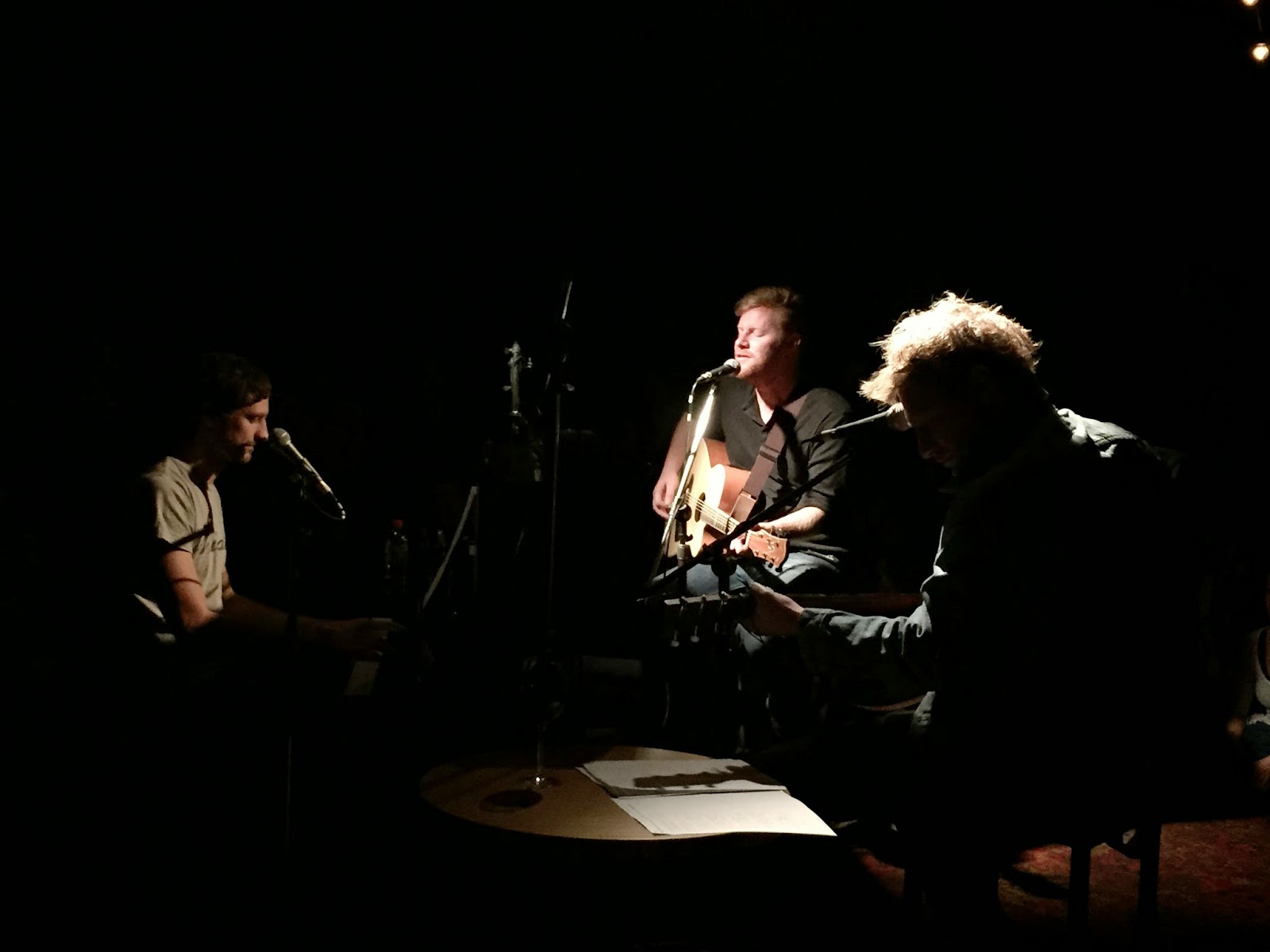 It was billed as a secret show under the moniker Tinder Knight on the Northcote Social Club website, but those in the know realised tonight was going to be a unique and special evening featuring The Basics. They set up to play 'in the round' style in the middle of the bandroom with just a piano and two acoustic guitars. The crowd was limited to 200 people, which made for an intimate experience as everyone sat or stood around them. In addition, people were invited to bring along sheet music for any songs they would like the band to attempt to play, which added an element of unpredictability to the night. 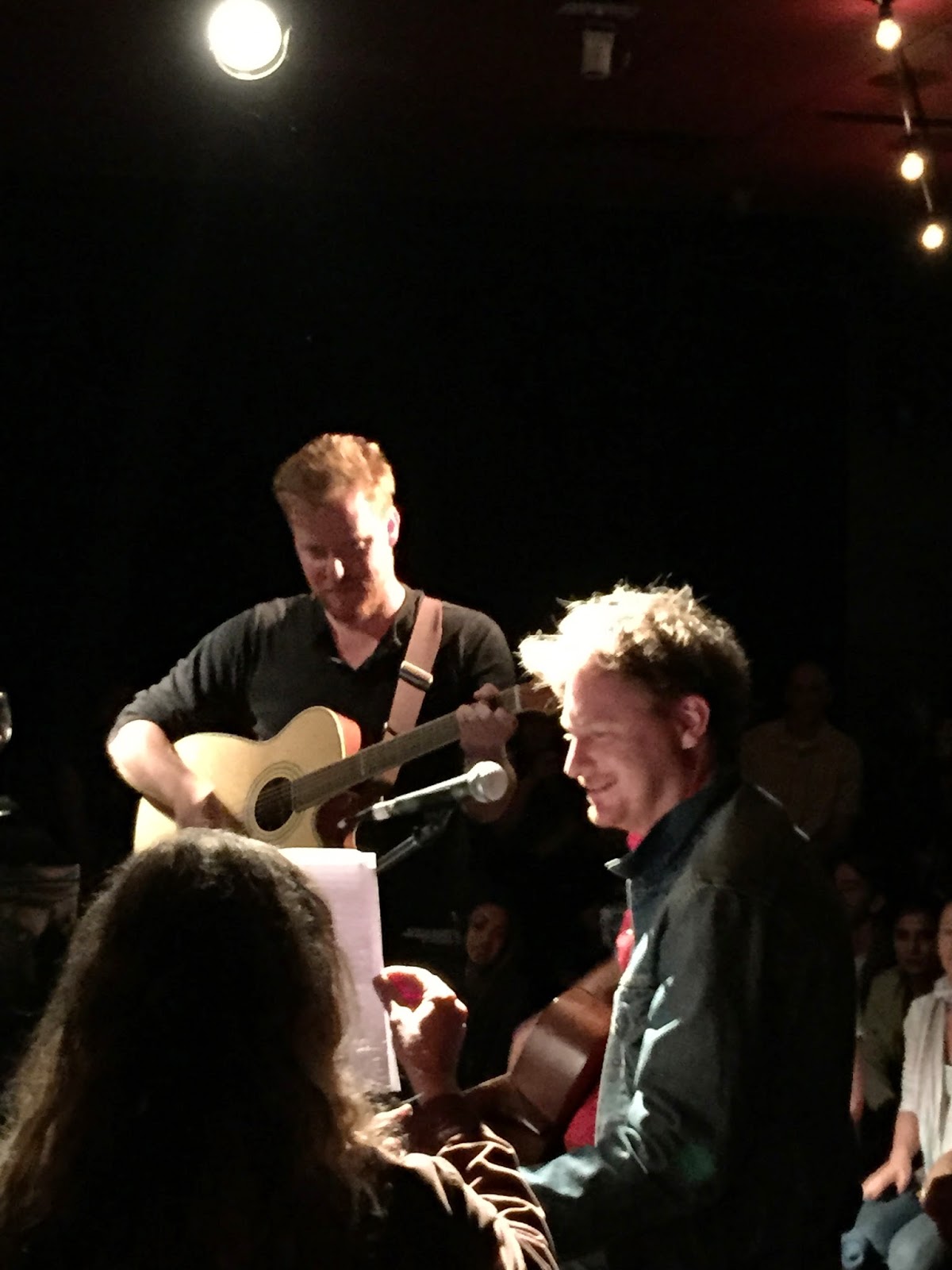 After Kris, Tim and Wally came out and took their seats they started off with a cover of Crowded House's "Not The Girl You Think You Are." Kris explained that they called the show Tinder Knight because Tuesday's are supposed to be the nights that people go on Tinder dates. The band promised to play mostly rarely heard Basics songs and covers, so I knew we would be in for a great evening. In the first set we were treated to a number of Basics tracks, including "To Think Of You," "Wait For You," "Ashleigh Wakes," "Trouble In His Head" and "What Do You See In Me?" Some of the covers were pretty amazing as well, especially Tears For Fears' "Mad World," The Beatles' "Here, There and Everywhere" and David Bowie's "As The World Falls Down" from the movie Labyrinth (perhaps the most random cover of the evening). The highlight though was Wally singing an audience request for George Michael's "Freedom" while trying to read the lyrics in the dark room.

After a brief intermission the guys came back out for what was a pretty eclectic second set. They began with Cold Chisel's "When The War Is Over" and then Kris sang Christina Aguilera's "Genie In A Bottle." Wally slayed Paul McCartney's "Maybe I'm Amazed" and they all played a beautiful version of Fleetwood Mac's "Rhiannon." As for Basics tracks we got to hear "Hey Rain" (with Tim on piano), "Keep The Door Open," "With This Ship," "All Or Nothing" and "Home Again." One theme that ran throughout the night was Wally's excitement about having seen Roxette last week and his desire to sing "The Look." We got a few snippets here and there, including a bit of a jazzy version, but it wasn't until near the end of the set that he finally got to sing the song in full. As they were on a Swedish kick Ace of Base came up, which resulted in a little piece of "The Sign." 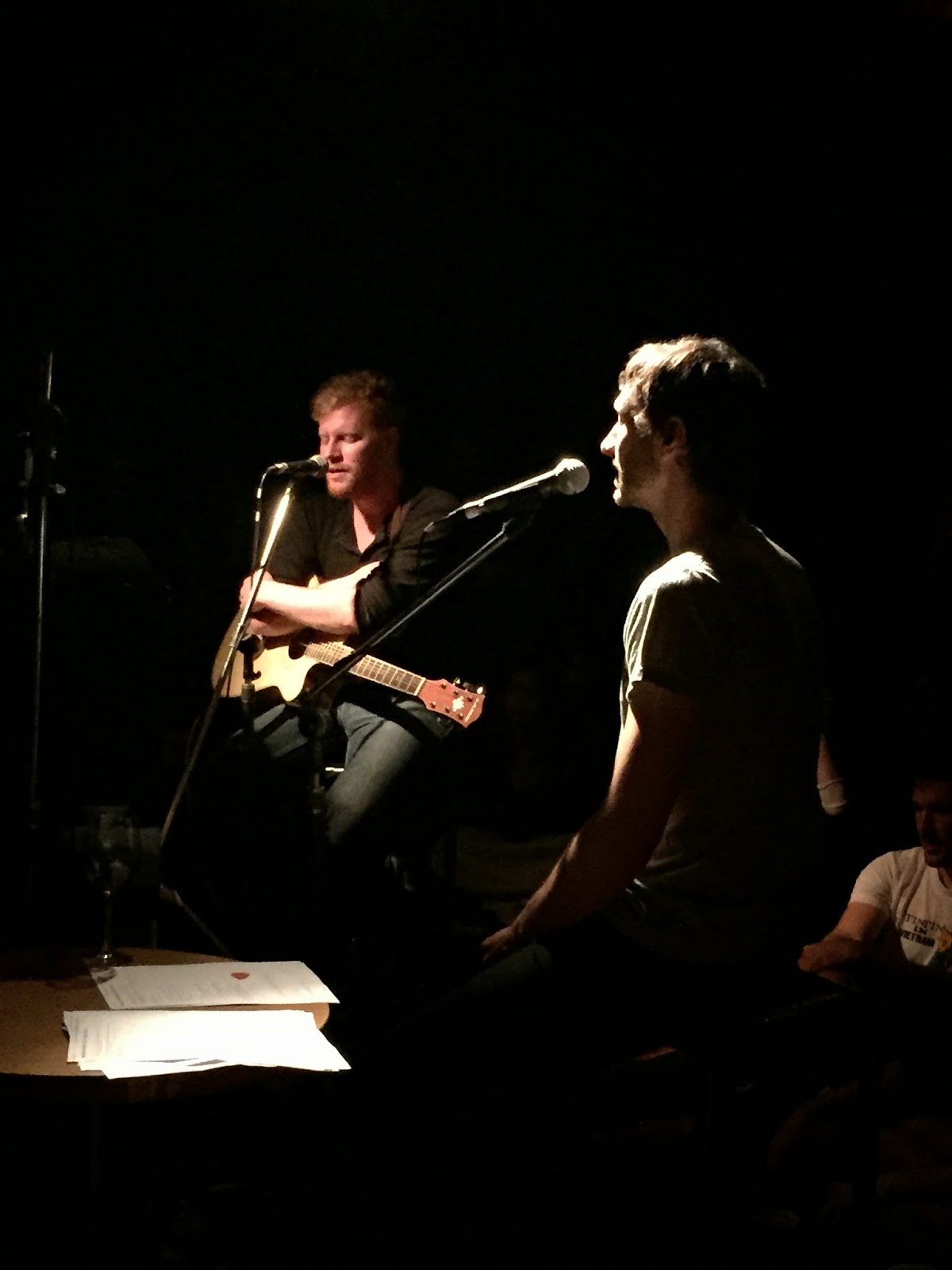 Kris made a request for Wally to sing the Gotye track "Bronte." It had a couple false starts around Kris and Tim not being able to do the harmonies but Wally did a gorgeous version in the end. I enjoyed hearing Kris and Wally sing Michael McDonald and Kenny Loggins' "What A Fool Believes," but my favorite moment was an audience request for John Farnham's "You're The Voice" that they took on with gusto (that song is a bit of a guilty pleasure for me). Kris dedicated Neil Young's "Old Man" to himself as it's his birthday on Saturday and had everyone singing along with him. The very last song of the night was The Beatles' "The End," which was the perfect way to finish this epic 3 hour gig.

The evening felt like one of those classic Basics shows of the past with all the humor, harmonies and unique covers. My cheeks hurt from laughing and smiling so much. The guys really seemed to be enjoying themselves, but there was also a tinge of sadness as Wally is moving to New York and we don't know when The Basics will be playing together again. I'm having flashbacks to the Keep Your Friends Close era as there is a finished album (currently titled The Age of Entitlement) but no release date on the horizon. We will just have to wait and see what the future holds, but I don't think this is the end for The Basics.
Posted by Nicole at 11:53 PM

Nicole
Melbourne, Victoria, Australia
Ameristralian. Music lover. Political junkie. Constantly on the hunt for a sugar fix and decent Mexican food. All views are my own.