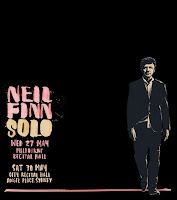 Any incarnation of Neil Finn live is going to be amazing, but getting the chance to see him solo is extra special, especially at a venue as intimate as the Melbourne Recital Centre. Neil played two shows in Melbourne on Wednesday (his birthday) and tonight, and I was lucky to be able to attend with different groups of friends on both nights.

The first half of the set was Neil playing solo, alternating between acoustic guitar and piano. The set lists were really for the hard core fans as he played songs spanning his entire career that I haven't heard live in years. On Wednesday night alone we were treated to the unreleased "Spirit Of The Stairs," solo tracks "Addicted" and "Faster Than Light," the Split Enz song "The Devil You Know" (used to get a baby Liam Finn to sleep) and the Crowded House tracks "When You Come" and "As Sure As I Am." Tonight we had the Finn Brothers song "Only Talking Sense" and a sneak peak at a new one he's working on with Tim titled "Never Return," the Crowded House tracks "Catherine Wheels," "Black And White Boy" and "Love This Life," and solo tracks "Last Day Of June" (dedicated to accountants) and "Try Whistling This." On both nights Neil also invited up a member of the audience to play along with him- Wednesday saw Darrell add some piano to "Anytime" and tonight Kieran played guitar on "Wherever You Are."

For the second half of the set Neil was joined by a mini orchestra, which performed some amazing string arrangements by composer Victoria Kelly, who joined Neil onstage along with Sharon Finn. They began with a fantastic version of the Split Enz track "One Step Ahead" and then focused on the following tracks from Neil's latest album Dizzy Heights (which Victoria did the strings for): "Better Than TV," "In My Blood," "Impressions," "Divebomber," "Dizzy Heights" and "White Lies And Alibis." We also got to hear incredible versions of the solo track "Sinner," the Finn Brothers song "Edible Flowers" (possibly the stand out number of the night), and Crowded House's "Private Universe." The strings sounded beautiful in the acoustics of the venue and just added another dimension to the songs.

The encore contained a couple surprise audience requests with a snippet of "Anyone Can Tell" on Wednesday night, and Neil attempting Tim's Enz track "I Hope I Never" tonight (managing to hit many of those high notes). He finished the evening with the Crowded House songs "Distant Sun" and "Fall At Your Feet." I thoroughly enjoyed both nights and how much Neil varied the set lists. He was in good spirits and humor, sounded great, and was very humble and grateful for everyone's continued support of his music.

Here is Neil playing a live version of the Dizzy Heights track "Lights Of New York" in London: 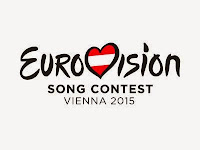 It's one of my favorite weekends of the year- the annual Eurovision Song Contest. This year's Eurovision was held in Vienna, Austria, and to celebrate its 60th anniversary they invited a little continent on the other side of the world to be involved as a wildcard- Australia! I watched the semi-finals on Friday and Saturday night, and then got up bright and early this morning to watch the Grand Final live. Thankfully my favorites made it through the semis to the Grand Final. Noting the rule of not being able to vote for your own country, here were my top 3 songs:

Elena Born and Stig Rasta (Estonia) with their catchy duet "Goodbye to Yesterday," which ended up finishing 7th on the night.


The Makemakes (Austria) with their indie rock song "I Am Yours." For some reason they received no votes at all (despite having a fantastic song and a flaming piano!).


Mans Zelmerlow (Sweden) with the anthemic "Heroes" was the well deserving winner of Eurovision 2015. He not only had a great song but the performance included some cool animation.


Honorable mention has to go to Bojana Stamenov (Serbia) with her powerhouse performance of "Beauty Never Lies," which kicked into another gear about half way through.


As for Australia, we ended up doing quite well. Guy Sebastian represented us with his soulful and upbeat song "Tonight Again." We manged to finish 5th on the night, which is an amazing result for a one off appearance and having no geographical voting blocs to rely on. 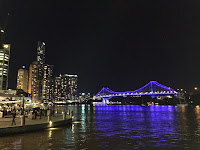 Although I've been living in Australia for nearly ten years, the one state I hadn't traveled to yet was Queensland. So while some people might dread an interstate work trip, I was really excited to get the opportunity to visit Brisbane for the first time. We flew up on Thursday afternoon and landed just as the sun was setting. Staying in the CBD made it easy to get around on foot, and my work colleague and I took a stroll down to Eagle Street Pier along the river to find somewhere to eat for dinner. After wandering around and taking in the views of the city and Story Bridge we settled on having some Italian food at Il Centro. We shared a mixed salad and I had the duck ravioli with orange thyme jus, baby beetroot and baked ricotta. The food was good and filling, and it was also nice to have some warm sourdough bread with the meal. 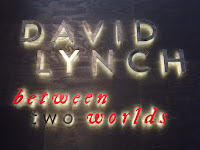 After my meeting was over today I headed across the river to spend the afternoon at the Gallery of Modern Art (GOMA). The timing of this trip couldn't have been more perfect as these are the last few weeks of the David Lynch: Between Two Worlds exhibition. It features more than 200 works of his paintings, photography and drawings, as well as some short film clips and music. While the exhibition is more focused on his visual arts, there are also opportunities to see screenings of his film and tv works with showings happening daily. Upon entering the exhibition you not only have all of the very Lynchian art works to explore but also some ominous music playing in the background. 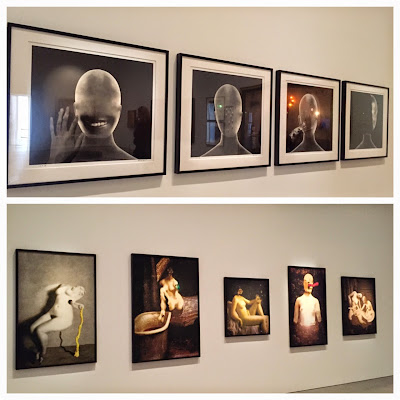 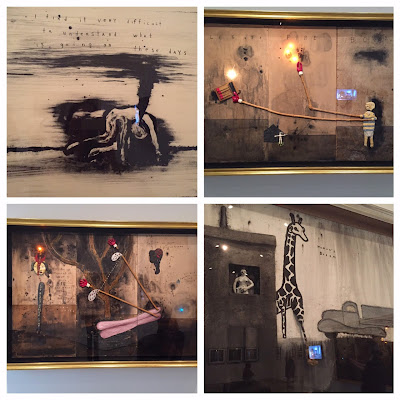 My favorite part was probably the collection of music from his movie and tv soundtracks (it was great to revisit songs from Julie Cruise's first two albums). There was also a loop of Twin Peaks Log Lady clips to watch in the lobby section of the movie theaters. 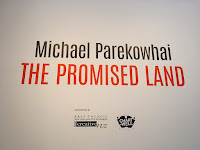 Another really interesting exhibition that is on at GOMA at the moment is New Zealand artist Michael Parekowhai: The Promised Land. It covers more than two decades of his work and features many large scale sculptures and pieces that are quite playful and humorous. I loved his use of color and the placement of objects in spaces throughout the gallery. Each room told a different story and he even built a mini house for the large stainless steel sculpture The English Channel. It's a fantastic exhibition that is definitely worth checking out before it ends on 21 June. 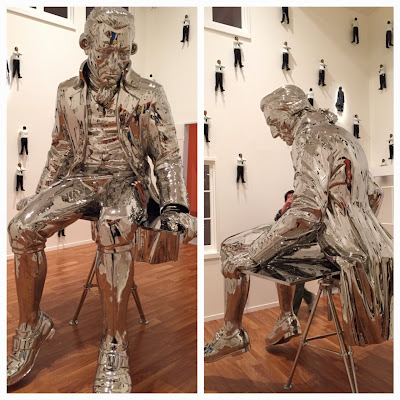 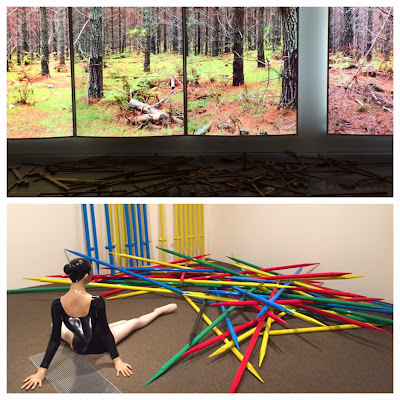 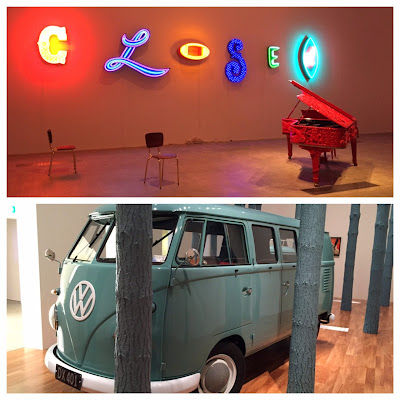 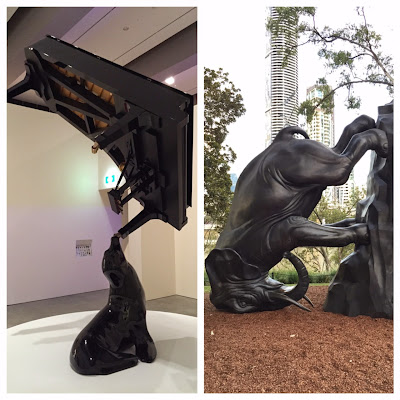 The Korean restaurant Da Rin on Bourke Street has become my new favorite lunch spot of late. Kat is the master of finding new places to try and took me here for the first time a few months ago. The restaurant itself is narrow, with PopAsia videos airing on the tv. I have sampled a few dishes off the menu, including the $12.50 lunch set plates for the vegetarian and bulgogi bibimbaps, and the Korean fried chicken dosirak. However, what this place is really known for is its large platters of Korean fried chicken coated in a variety of sauces: original, sweet & spicy, or honey & garlic. At this point I've only tried the original fried chicken, which was yummy, moist and not too oily. Da Rin is a great place to go with a group of people so you can sample all the different flavors of Korean fried chicken. 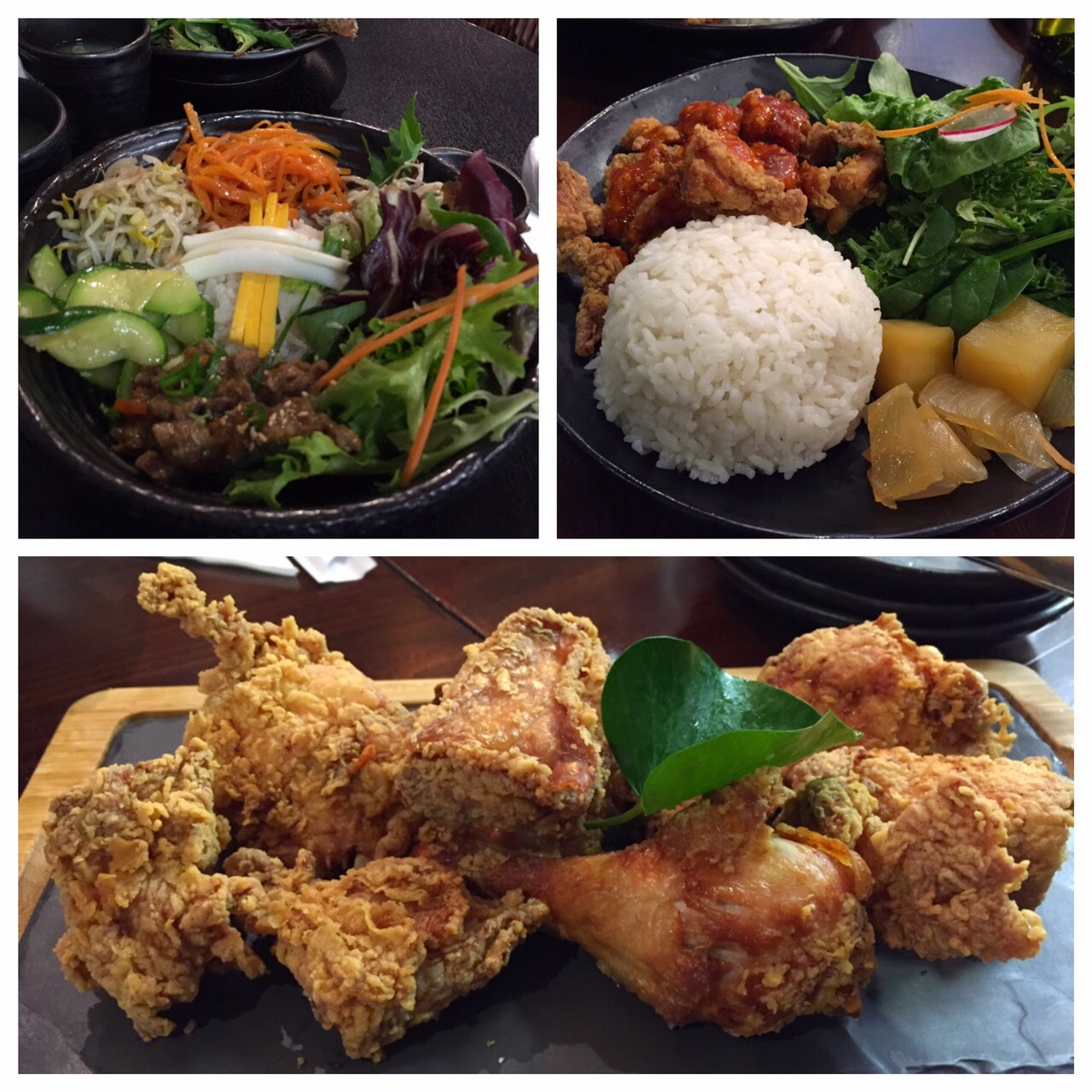 Posted by Nicole at 4:52 PM No comments: