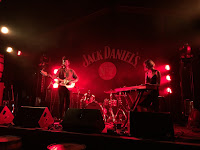 Currently located along the Crown Riverwalk is the pop-up Jack Daniel's Barrel House, which sort of looks like a barn/dive bar and has Australian music acts playing for free each night. It's not exactly the venue you'd expect to see Oh Mercy live, but Alex was scheduled to play tonight so Mary, David, Ebony and I headed down to check out his set.

Alex started solo on electric guitar with "Sandy" and "My Man." We got a bit of a shout out as he said it was good to see some familiar faces in the crowd. During his 45 minute set he was also joined by Grace on piano for some songs. We were treated to the new tracks "Hot Topic," "Restless Woman" and "Auto Bellissimo" off his upcoming album due out in February 2018 (Mary's hoping for a release on my birthday). Tracks off of his last album When We Talk About Love included "Iron Cross," "Can't You Hear My Body (Calling Out To You)" and "Lady Eucalyptus," which was when some guys in the crowd decided to scull their Jack Daniel's drinks to Alex's great amusement. It was a very hot day in Melbourne and the venue was really bringing that Southern feel as more and more moths started flying around the stage lights as the set progressed.

There was a lovely cover of Leonard Cohen's "One Of Us Cannot Be Wrong," and he finished the evening with the current single "National Park" (complete with the opening guitar riff of Guns N' Roses' "Sweet Child O' Mine" at the end). It was an amusing show and Alex joked he was living out his rock star fantasy by playing at the venue.
Posted by Nicole at 11:38 PM No comments:

It's been over 20 years since those first ENZSO shows where the songs of Split Enz were played by the New Zealand Symphony Orchestra. Eddie Rayner returned tonight to Melbourne's Hamer Hall with ENZO: The Songs of Split Enz. This time there was a smaller 14-piece band including strings and brass, with Eddie on keyboards and piano, Michael Barker (ex-Split Enz and John Butler Trio) on drums and Brett Adams (longtime Tim Finn collaborator) on electric guitar. Performing each of the songs were guest vocalists Rima Te Wiata (Hunt For The Wilderpeople), Rikki Morris and Phil Madsen.

Eddie came out for the first half of the show in his Noel and Sally Crombie designed white suit. He started the evening with the instrumental track "Albert of India." Each of the vocalists took turns singing songs from across the back catalogue of Split Enz, ranging from the later Neil Finn tracks "The Devil You Know" and "I Walk Away" to the more theatrical early Enz songs such as "Stranger Than Fiction" and "Time For A Change."

After the intermission, Eddie emerged in his black House of Crombie suit. They kicked off with "Matinee Iydll (129)" and "Stuff and Nonsense," which Eddie said was buried on the Frenzy album because radio didn't play ballads in the 1970s. Rima Te Wiata added a lot of theatricality to her performances throughout the night. It was Phil Madsen though, who was my favorite vocalist due to his amazing voice and phenomenal versions of "I Hope I Never" and "Edible Flowers," which came out of the last Enz jam sessions in 1999 and was subsequently released on the Finn Brothers album Everyone Is Here. Some of the other highlights for me were hearing "Voices," "Give It A Whirl" and "Strait Old Line," complete with a fantastic spoon solo by Michael Barker.

For the encore all three vocalists performed the songs together. They began with the instrumental "Pioneer" which segued into "Six Months In A Leaky Boat," and then finished the evening with "My Mistake." Overall it was good to hear some different interpretations of Split Enz songs, although I did miss having the Finns singing them as it bordered on karaoke at some points throughout the night.
Posted by Nicole at 11:49 PM No comments: 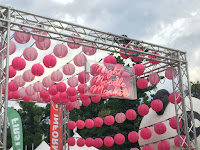 The Melbourne Night Noodle Markets are on again from 9-26 November at Birrarung Marr. Sally and I headed down there after work to try out a few different savoury and sweet stalls. Thankfully it was a decent evening weather wise and there were quite a few places to choose from across the three terrace areas.

For starters we checked out Dum & Dumpling with its booth in an old school bus. We shared the vegetable and shitake mushroom dumplings, which were in translucent wrappers and tasted great. 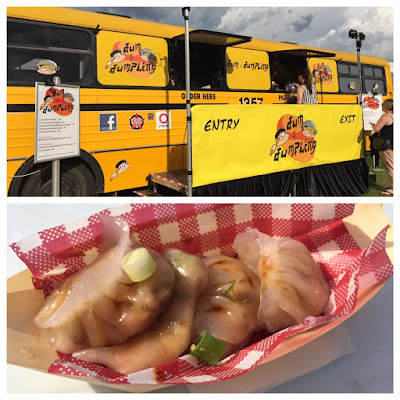 Next we went to one of my favorite lunch spots, Wonderbao. We got the 3 gua baos for $20 which contained the Roast Pork with pickled cucumber, spring onion and hoisin sauce; Korean Chicken with sweet 'n' spicy sauce, pickled daikon and roasted sesame; and Panko Eggplant with kimchi, lettuce, spring onion and chili lime mayo. Each of them tasted amazing. 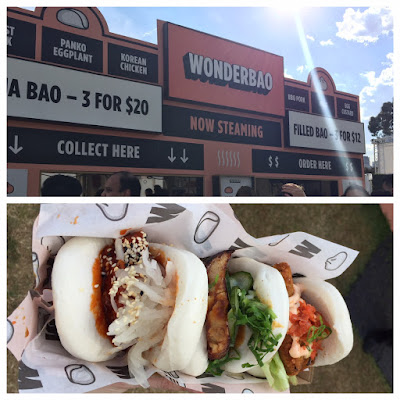 After digesting a bit we headed to the Gelato Messina stand for a bit of dessert. They always do special creations each year just for the Night Noodle Markets. First we had the O-No-Giri which contained green tea gelato and pistachio mousse dipped in rice bubbles and white chocolate. Next we ate I Think I'm Turning Sesame which was made up of black sesame gelato, condensed milk coffee jelly, miso crunch, banana miso bread, and vanilla cream and coffee powder. Both of them were really good and had lots of different textures. 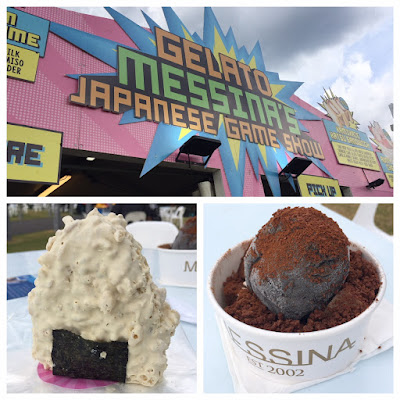 Finally we tried the Dancing Dragon dish from Waffleland, which was a fresh baked waffle drizzled with melted chocolate and dusted with icing sugar, along with some ice cream and strawberries. The waffle on the stick was a bit thin, which was disappointing. 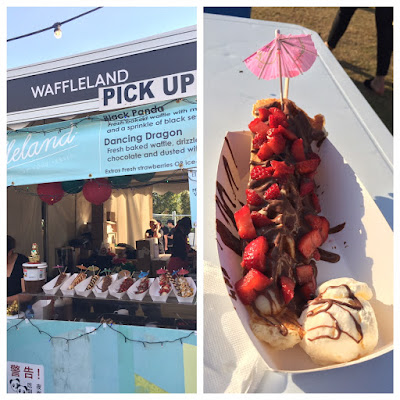 Overall we did pretty well with the dishes we chose to eat. This year's Night Noodle Markets are cashless, so be sure you have your bank card with you so you can buy food.
Posted by Nicole at 7:00 PM No comments:

Marlon Williams has spent a lot of this year touring around the world. Tonight was the first of his three sold out shows back in Melbourne at Howler to celebrate the single "Vampire Again" and showcase songs from his upcoming album. Opening the evening was Archer, who played a set of his country/folk songs both solo on acoustic guitar and accompanied by a guy on accordion. Archer was quite the character and has a deep singing voice.

Marlon Williams was joined by his band The Yarra Benders and the majority of the set featured songs off his new album Make Way For Love, which is due to be released in February 2018. The tracks demonstrated the diversification of his sound from his country and bluegrass roots. There were some beautiful ballads such as the new single "Nobody Gets What They Want Anymore" and "The Fire Of Love" alongside more rockier songs like "Party Boy" and "Vampire Again." The standout of the new tracks for me was "Arahura" as you could hear a pin drop in the venue during the song.

We got a couple of old favorites with "I'm Lost Without You" and "Dark Child," along with a cover of John Lennon's "Jealous Guy." Marlon's voice was beautiful throughout the night (especially with his falsetto) and there were some lovely harmonies with the band. For the encore Marlon played another new track "Love Is A Terrible Thing" on keys and then the band rejoined him on stage for a corker of a finale with their cover of Screamin’ Jay Hawkins’ "Portrait Of A Man." I can't wait for this new album to be released and to get to see Marlon play live again in Melbourne in May 2018.

The House Of Dior: Seventy Years Of Haute Couture

The latest fashion exhibition at the NGV is The House of Dior: Seventy Years of Haute Couture. It features over 140 garments that have been produced by Dior's seven different designers between 1947 to 2017 and tells the history of this formidable fashion house through the theming of designs to demonstrate the evolution of the House of Dior.

There are so many beautiful gowns that are a part of this exhibition. The layout of the rooms allows you to get close up views of most of the pieces so you can see the detailed construction techniques that have gone in to creating them. It was interesting to see the fashion shows that many of these garments featured in, although some of the John Galliano shows were really cringeworthy due to the cultural appropriation in some of those collections.

Here is a sample of some of my favorite pieces that were on display. 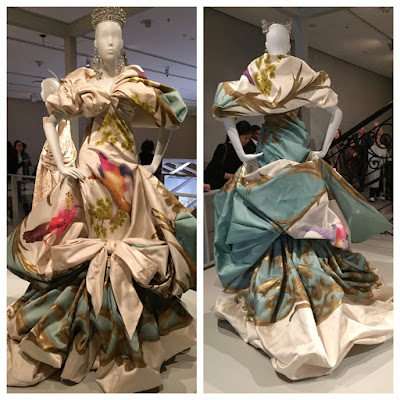 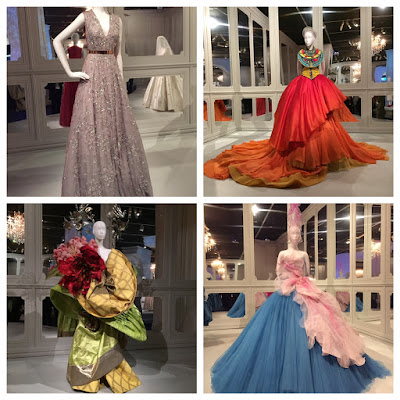 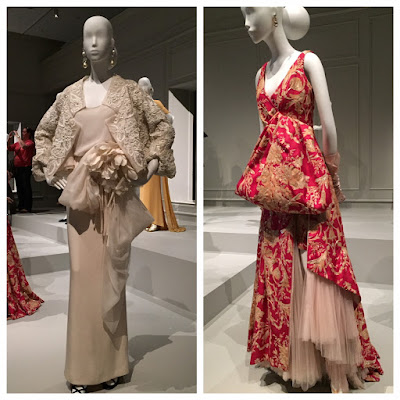 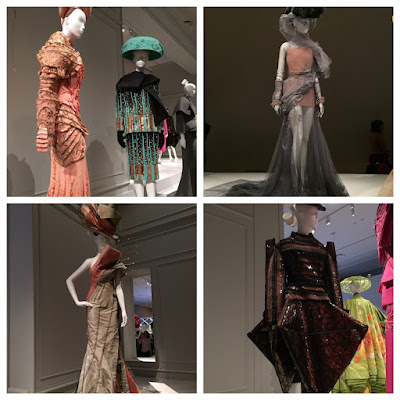 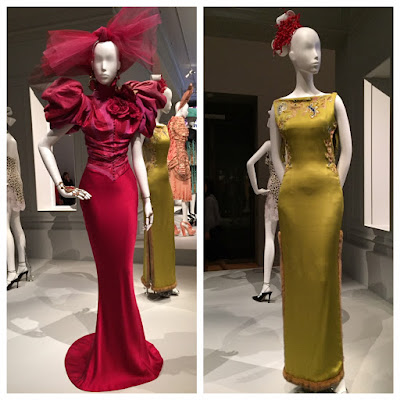 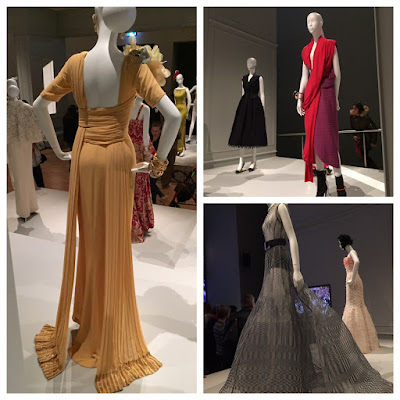 The House of Dior: Seventy Years of Haute Couture is on at the NGV until 7 November 2017.
Posted by Nicole at 6:26 PM No comments: