Tonight Onagh and I met up for a bit of a British movie double header at the Kino Cinemas. Our first film was Suffragette, a historical drama about the British suffrage movement in the early 20th century. It stars Carey Mulligan as Maud Watts, a laundry worker who gradually becomes a suffragette through some women she works with and interactions with others she encounters along the way, including Edith Ellyn (Helena Bonham Carter) and Emmeline Pankhurst (Meryl Streep). There is huge personal cost for many of these working women as their activism makes them get shunned by their employers, families and communities due to their increasingly militant activities which result in them getting thrown in jail. The film culminates at the Epsom Derby as they try to get media attention for the suffrage cause as King George V is in attendance. It wasn't until 1928 that all women over the age of 21 got the right to vote in England.

Our next movie was Spectre, the latest James Bond film (and complete opposite of what we had just seen). While I have viewed bits and pieces of Bond films over the years I don't think I've ever actually watched one from start to finish. Spectre begins in Mexico City at a Dias de los Muertos parade as Bond (Daniel Craig) takes down an assassin who is part of the global criminal organisation SPECTRE. Although he has been suspended from the field by M (Ralph Fiennes), who is battling C to keep the 00 program alive, Bond slips out the country to learn more about SPECTRE and fight its leader Franz Oberhauser (Christoph Waltz). The film's action sequences are completely over the top, as you would expect from a big budget Bond film. While I found Bond's immediate hook-ups with the women he meets to be ridiculous, the film overall was entertaining although a bit too long.
Posted by Nicole at 11:55 PM No comments:

As we come to the end of another year, here are some of my favorite Australian tracks from 2015 that have made it onto my annual sampler CD. It's a pretty eclectic collection for a year that has seen a lot of fantastic new releases.

Posted by Nicole at 8:17 PM No comments:

A few of my friends were kind enough to extend invitations to me to join them for Christmas, and I took up the first offer I received from Onagh to join her and her extended family in Sorrento along the Mornington Peninsula. We got a ride down to her cousin's place, which has recently finished being renovated and has a great beachy vibe.

We had a beautiful spread of food for Christmas lunch, with a salmon roulade to start and then ham, turkey, stuffing, potatoes, snow peas and a couple salads to eat for the main. Everyone wore their crowns from the Christmas crackers, and we enjoyed the breeze out on the deck during the hot afternoon. 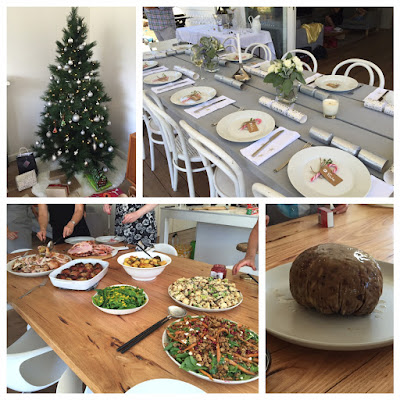 After opening presents and having a bit of Christmas pudding for dessert, everyone headed down to the beach at Lavender Hill, home of the Sorrento Sailing Couta Boat Club. It was a beautiful afternoon and swimming in the water from the bay was the perfect way to cool down. 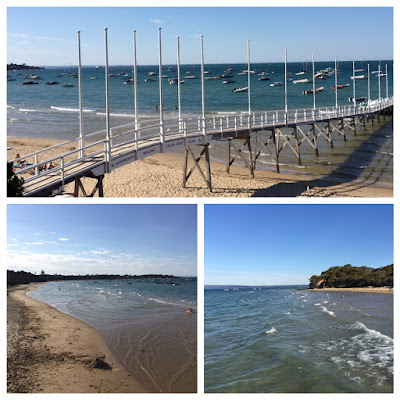 We headed back to the house for some more celebrations in the evening before heading back to Onagh's aunt's house up the road to sleep. It was a very Aussie way to spend my Christmas, although tempered by the bushfires in Wye River and Separation Creek along the Great Ocean Road which saw the loss of 116 homes.
Posted by Nicole at 7:21 PM No comments:

If you have ever wanted to create your own custom Kit Kat bar now is your chance as the Kit Kat Studio is open at Melbourne Central until 17 January 2016. It's a pretty simple process to make your own personalised Kit Kat bar, which is also a great gift idea. First you choose your chocolate (white, milk or dark) and then create your signature flavor by choosing up to three different ingredients from the range of 17 on offer.

Once you design your personalised packaging, the Kit Kat employees will hand make your creation and then text you when it's ready for pick up in a few hours. If you don't want to wait there are some pre-made special edition flavors available for the holidays. I got the butterscotch fudge, pretzel and pecan one, which was quite good. 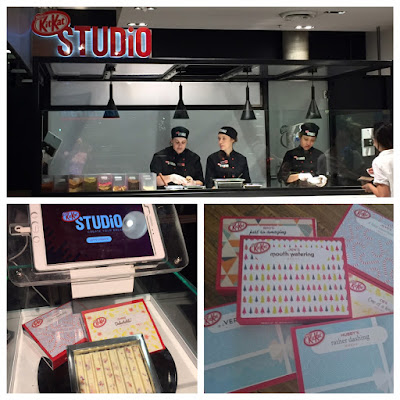 Posted by Nicole at 3:26 PM No comments:

As someone who did not grow up celebrating the holidays in the southern hemisphere, it is hard to get my mind to equate Christmas with summer. The only things that remind me are the holiday decorations around the Melbourne CBD (which I will note are only Christmas and not other holidays such as Hanukkah). There are the annual items like the Myer Christmas Windows, City Square becoming "Christmas Square," light projections on Melbourne Town Hall, and decorations on Flinders Street Train Station. This year they have added a lit Merry Christmas sign across the Yarra River on the Princes Bridge, and a Lego Christmas tree in Federation Square. It's going to be a warm one this year, and my first Christmas back in town after spending the last three years overseas celebrating with family. 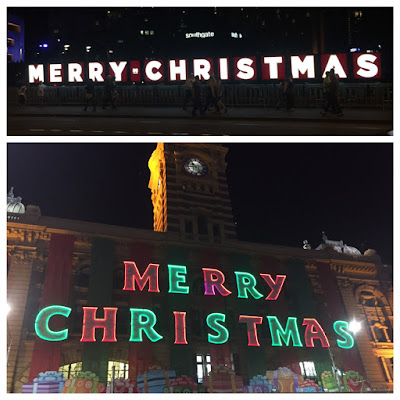 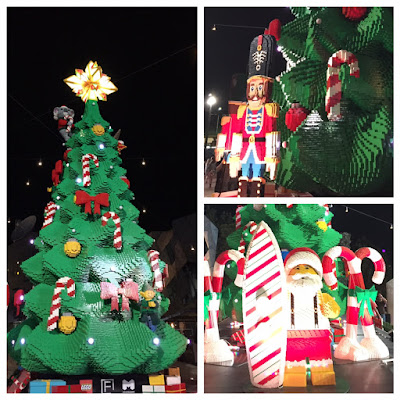 The Din Tai Fung Taiwanese restaurant chain opened their first Melbourne restaurant in June this year. Located on Level 4 of Emporium, there is a lot of space in this 235-seat restaurant and service is pretty fast once you are seated. We went to check out the steamed dumplings and buns, ordering the vegetable and pork wontons, xiao long bao, vegetable and pork buns, and the limited dumpling gems in a variety of different colors and flavors. While their dumplings are world renowned, I thought they tasted good but didn't really surpass my favorite dumpling and steamed bun places in Melbourne. 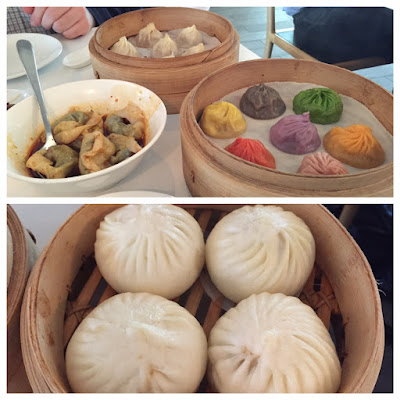 Posted by Nicole at 5:19 PM No comments:

Tonight Father John Misty played a second night at The Forum in a sold out show to support his latest album I Love You, Honeybear. Opening the evening was Tame Impala bass player Cam Avery, who played a solo set mostly on guitar, with some piano and loops thrown in.

The band came out and started playing "I Love You, Honeybear," with Father John Misty (aka Josh Tillman) emerging on stage in time for the first verse. Dressed in all black he writhed around the stage and sounded fantastic as he sang songs off both his albums. Highlights of the set included "True Affection," "When You're Smiling And Astride Me" and "Chateau Lobby #4 (In C For Two Virgins)" off I Love You, Honeybear and "Only Son Of A Ladiesman," "Hollywood Forever Cemetery Sings" and "Nancy From Now On" from Fear Fun. Josh was hilarious and interacted with the crowd all night. He asked how many people had jumped on the bandwagon due to his best limited edition packaging Grammy nomination for I Love You, Honeybear. Then during "Bored In The USA" he grabbed someone's phone midway through and filmed himself singing with the crowd able to see his face on the phone screen.

For the encore Josh began with a Q&A session with the crowd, with the most interesting response being the last one where he combined two questions: Are you into butt play and why the alter ego? He then played "I Went To The Store One Day" solo on guitar to a hushed crowd, and brought out the band to finish the night with "Everyman Needs A Companion." It was a great show and a pleasure to watch such an entertaining frontman have the audience in the palm of his hand.

Here's the video for "I Love You, Honeybear"